I’ve been thinking about the gameplay. Some time ago, a fellow worker recommended me to read “A game design vocabulary“, where I found relevant clues about how to make a good video game, and taught me how damn hard it is to conceptualise it.

Focus on the player

I’ve lately tried some casual games in an attempt to learn game design. They surely disappointed me. I found it really hard to find a glimpse of their original design behind the monetization mechanism. Some of them were just the same shit with a new skin. I agree they need to earn money but, is it really necessary to bother the player’s experience with so many restrictions? Why do you forbid me to use this character unless I buy it with real-life money? Why do you  force me to buy gems so I can actually PLAY instead of waiting 5 hours? I think they don’t really care about players, because they prefer whales rather than brilliant strategists playing their games. They spread real-life discrimination into video games’ world.

That is not going to happen in Fighting Kitten. My game is player-oriented. I will discriminate players, not people. You won’t be able to progress if you don’t prepare a strategy to master each mechanic. In exchange, you will find an unfettered game.

In my research on casual games, I also realized that most of them present the same situation in each level. Like… there are two castles, yours and the enemy’s. Each castle will summon beasts and both teams will try to reach the other’s castle and destroy it. And that’s all. Now do it 100 times. The only thing that will change are the kind of monsters that are summoned by the enemy, and don’t worry, because you will own the perfect nemesis of each one.

I think there must be a better approach. My game is about leading a kitten army. But I don’t want you to just defeat one boss after another. There are many good ideas to avoid repetition and boredom. Why don’t you coordinate your army to overcome an obstacle race? Or to gather resources and build something? Or to drive a vehicle?

I am diplomatic about resources. I faced budget limitations since my very first job. So I understand you can’t create totally different games for each level. But I believe you can make a simple tower defense game and prevent repetition changing screen’s mechanics, without becoming bankrupt. For example, the tower could be suspended in air and you must push a button in the middle of the battlefield during 10 seconds to make the stairs slide down. The tower could be protected by a destructible wall. The tower could appear for 10 seconds, then disappear for 5 seconds and appear again. Your fighters could be faulty, for example, the healer may need to touch an ally to heal him. Just rely in widely parametrizable software architectures, and let your designers imagine.

However, if you are not willing to invest in the game design, if you don’t really care about the gameplay nor story, if you just do it because you found it is a great way to get people’s money, please, at least skip that loose survival-mode-manual called “adventure mode”. Because it makes naive players like me wait for something to happen level after level, to finally realize that there was nothing except greed behind the UI.

I’m keeping away from keyboard for some time in order to read books about video game design and to try different kind of games. I’m a little rusty since I left WoW. I’ve made some scribbles in my notebook about the ideas I am coming up with, and in the next step I will start implementing them. But gameplay design is an arduous task, am I good enough for this? Not sure… 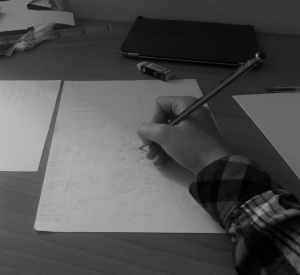